Get the lead out! 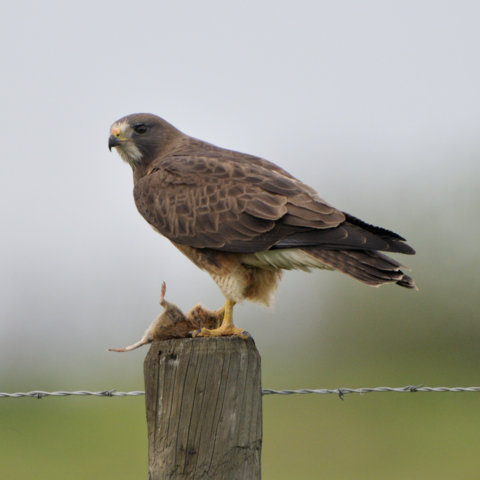 Lead ammunition is a significant cause of lead poisoning in wild birds, especially waterfowl and raptors:

Aiken and Arkansas Valley Audubon purchased 16 boxes of non-lead ammunition (at a cost greater than $500.00) in two different calibers for the Colorado big game season last fall. This was a joint grant funded by the Audubon Colorado Council. Vouchers were distributed to potential hunters in Pueblo and El Paso county for redemption at Sportsman’s Warehouse and Arctic Shooting Supply Company. Surveys were distributed along with the ammunition to gauge user satisfaction with hunting with non-lead ammunition.

This project was designed to increase awareness of the harmful effects of lead ammunition and promote the use of non-lead alternatives for hunting big game. The widespread use of lead ammunition for hunting is likely the largest source of lead in the environment that is unregulated and knowingly introduced into the environment (Group of Scientists 2013; USGS 2013); however, big game hunters have been slow to adopt non-lead alternatives due to cost as well as a lack of awareness of the extent of the problem.

By providing hunters with a viable alternative free of charge, Aiken and Arkansas Valley Audubon Societies hope to increase hunter knowledge of lead alternatives while simultaneously
demonstrating that Audubon is not an anti-hunter organization.

Corona/Covid-19
Due to the Corona virus, all in-person meetings are canceled, but we’re still holding our monthly meetings via Zoom! Field trips have also resumed with social distancing measures in place. Always feel free to contact us if you have any questions or concerns!

Join our mailing list!
Get newsletter and program reminders, special timely announcements (such as weather cancellations), and never any spam!

Join the board.
Aiken is looking for a new Hospitality Chair, who will be responsible for coordinating the amazing snacks we enjoy at our meetings, once we can resume meeting in person. Interested? Contact any board member.

All Aiken programs are now taking place on Zoom until further notice. Instructions for each meeting are emailed the week before the meeting. To receive emails, sign up for our email list! Or just email [email protected] for instructions. Hope to see everyone—virtually—very soon!

MONTHLY MEETING
We are currently on summer break from our monthly meetings. See you in September!

Check back often for more trips throughout the summer!