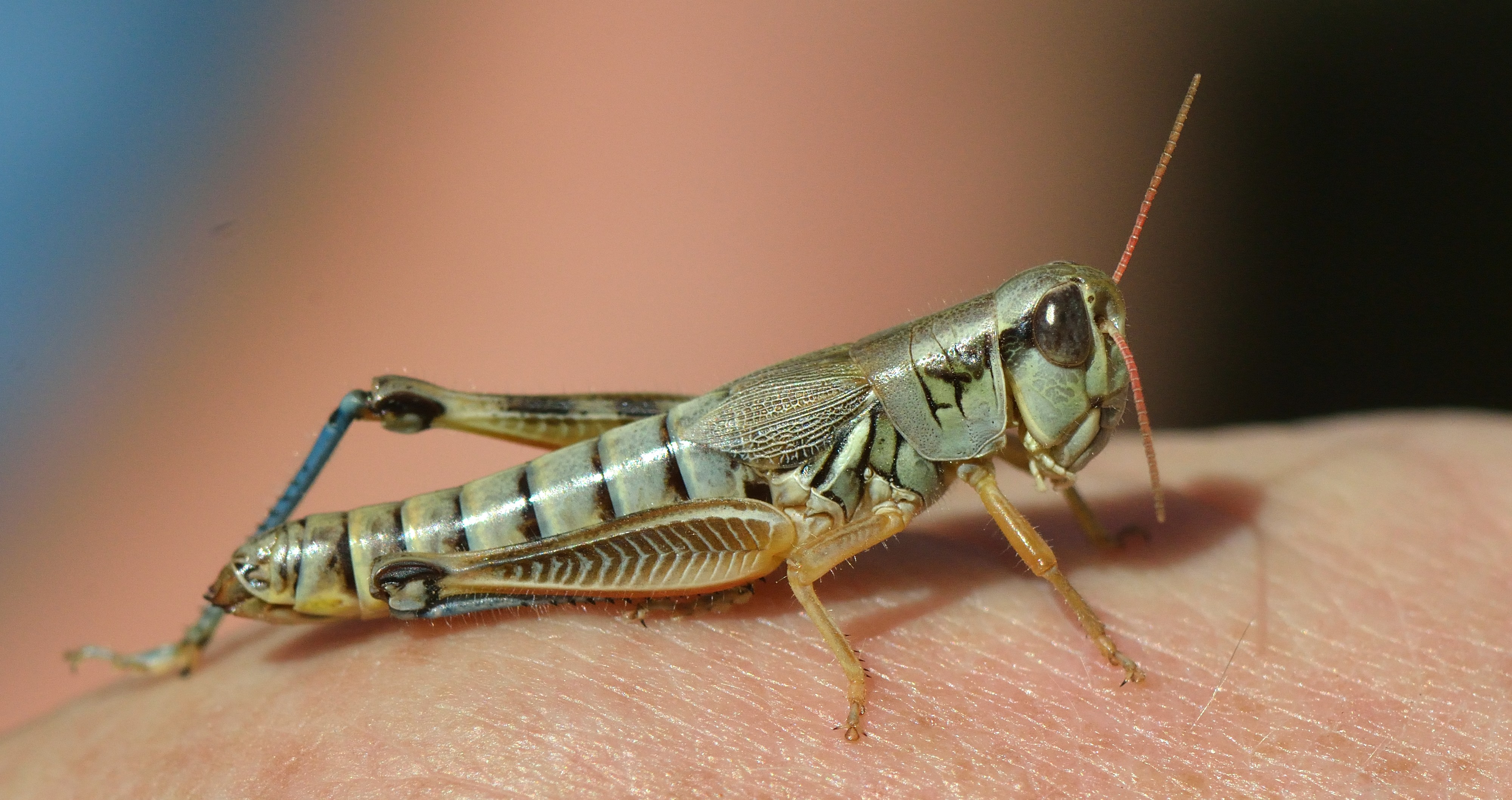 Eric Eaton led a group of enthusiastic bug-hunters out to Homestead Ranch Park in search of grasshoppers and whatever else could be found. The 87 degree heat energized the insects, if not the trip participants. The Plains Lubber clearly won “most gigantic insect” while the Western Widow took the “keep off of me” award. Tim’s two sons, Zach and Seth, were invaluable in finding cryptic and spectacular species all morning long. Everyone learned a lot, and we can’t wait to go again. 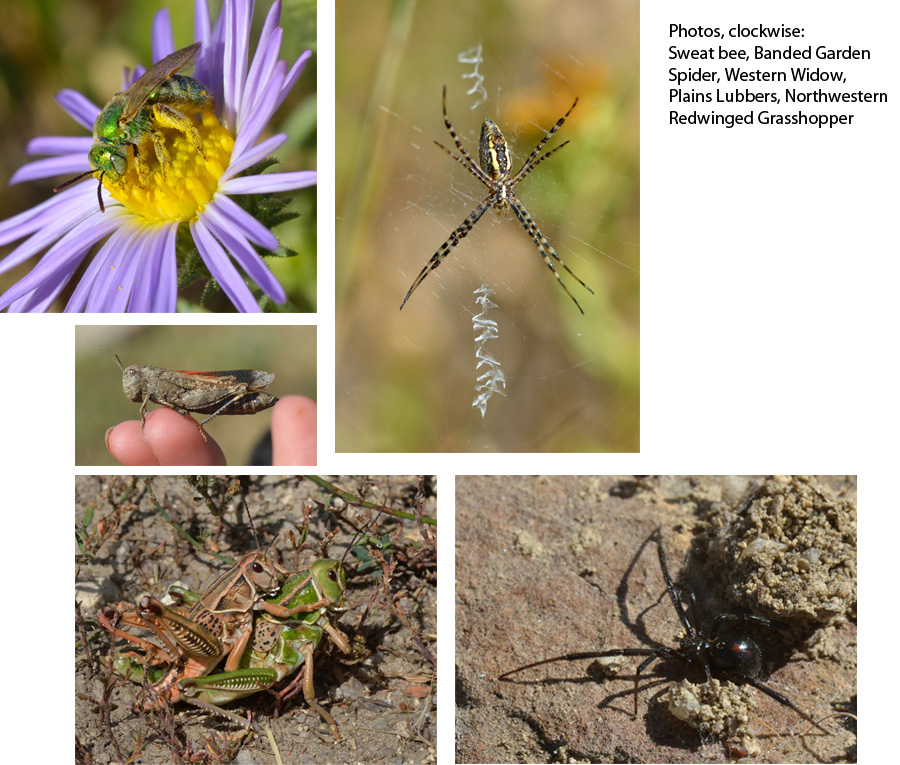 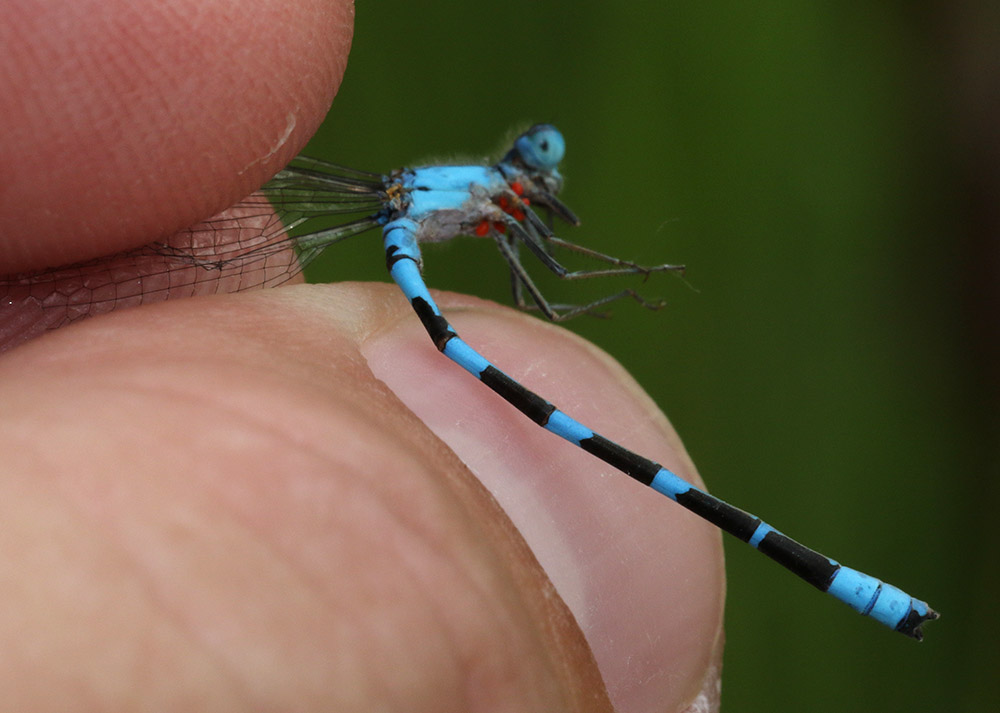 A Tule Bluet is inspected. The orange hitchhikers are parasitic mites that will eventually fall into the water. Photo: Bill Maynard

On the hottest day of the year, 12 July, nine brave souls led by Bill Maynard searched two areas on the 87,000 acre Chico Basin Ranch in Pueblo County for damselflies and dragonflies (Odonata or “odes”), including the lush Chico Creek. Collectively the group saw 32 species and many photographs were obtained. Because of the expertise of group participants, plants and other insects were also inspected.

Dragonflies and damselflies together comprise the insect order Odonata meaning “toothed ones;” the reference applied to their powerful jaws. But it is their eyes that fascinate—in some species almost 30,000 facets comprise a compound eye, making dragonfly eyes the keenest in vision and the largest in the insect world. 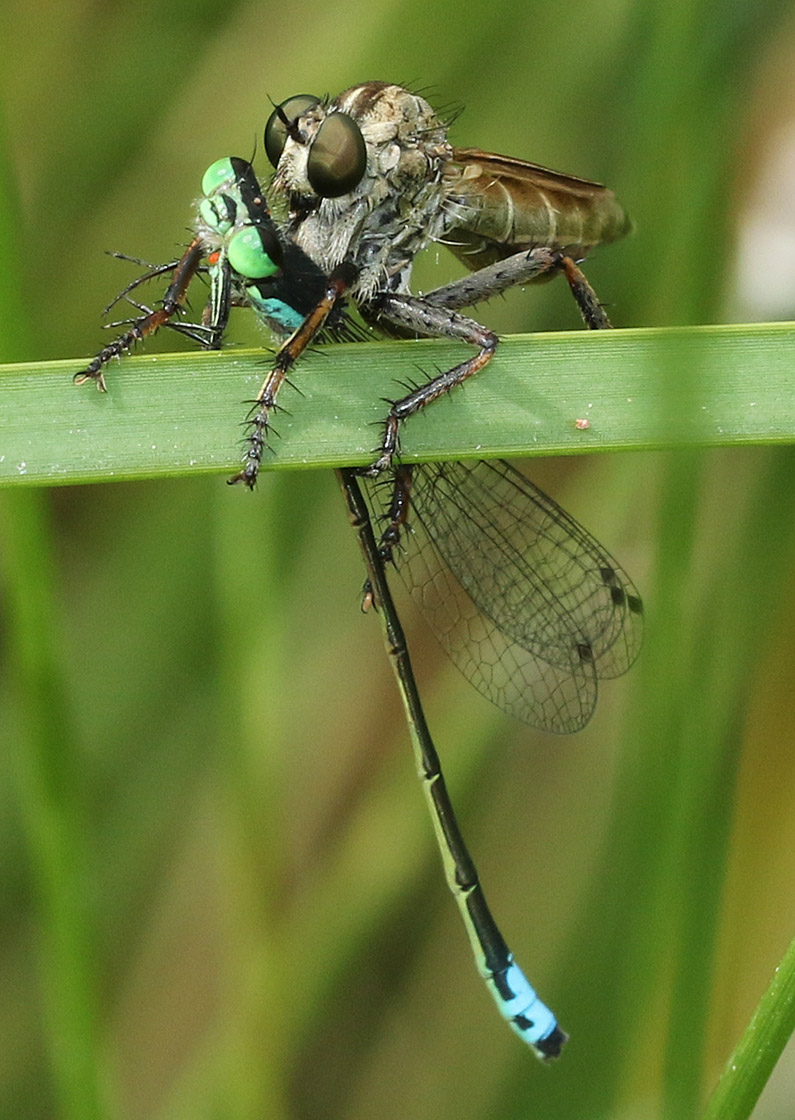 Four ultra-flexible wings can maneuver independently, they can beat together or when needed these specialized insects can hover, fly upside-down, backwards, pivot 360 degrees, or fly 30 miles per hour. As aquatic larvae they feed ravenously, molting 9 to 17 times over as many as 5 years before crawling out of the water and hatching into an adult. Dragonflies evolved during the Carboniferous period, where fossil evidence shows they grew to 2.5 feet in length. 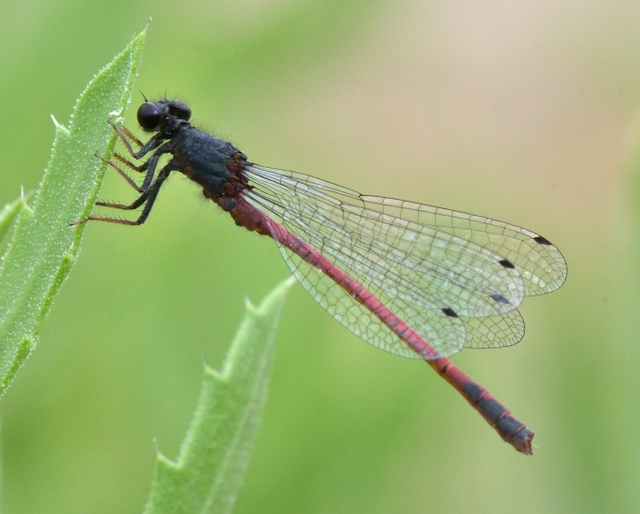