Six of us came out on a very, very cold day to observe and photograph ice and birds that survive and thrive in icy mountain streams.  Temperatures hovered at -9 degrees for most of the day.

There was more ice and less open water than the trip two weeks earlier, but most of the same birds were still present.  We marveled at the ice sculptures made by nature—we even saw a whirlpool in the river!  It was also a good raptor day. 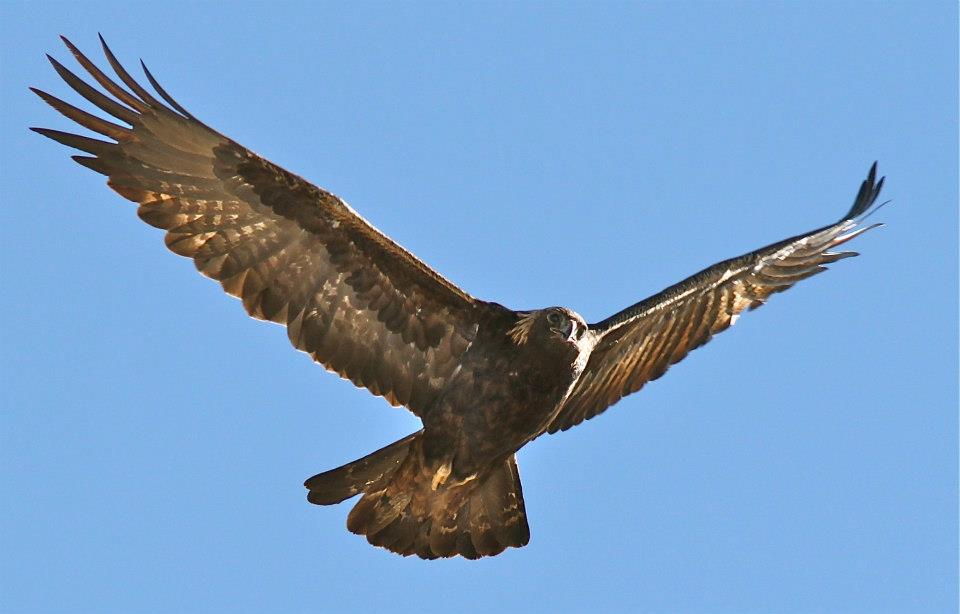 A very large and enthusiastic group of 23 met at Fountain Creek Nature Center to head out into Eastern El Paso County on a search to find raptors and practice their ID skills after our very popular Raptor ID Program.

We had several new birders. I believe that Raptors are a gateway drug to birding, so I was excited that these new birders checked off plenty of “lifers.” We had lots of opportunities early on to spend time with several raptors in our scopes, learning which ID characteristics we should focus on.  Later in the afternoon we had a group of 4 golden Eagles flying around. One decided to check us out, flying about 20 feet over our heads!  They made lots of “squeeing” sounds as they flew.

Many participants wanted to try for more birds, so we stayed out late, getting back into town at 4pm! 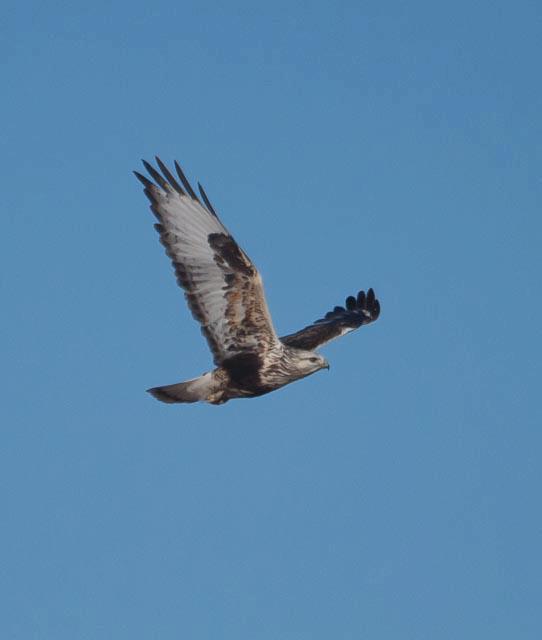 There were six participants on this second of two back-to-back field trips.  This group included more experienced birders, and its smaller size allowed us to stop closer to the raptors without stressing them. As a result, we had more time to watch the birds’ behavior and look at the ID points. We were able to really discuss what we were seeing.  We watched a Harlan’s Hawk flush a Ferruginous Hawk off a fence post and they both fussed at each other before the Ferruginous Hawk decided to decamp.  We had a bit more wind than on Saturday’s trip which allowed for more study of the raptors in flight.  We also had a low overflight of a Golden Eagle!  We too stayed out late—3 pm.